There are three methods for promoting emotional culture proposed in the article. First, identifying the emotions you want to promote and consciously supporting their expression when they occur. Equally it is important to manage the negative emotions when they occur, like through supervision. Second, modelling the emotions you want to promote. This is based on the idea that feelings are contagious. Having people who smile lifts the mood compared to neutral or grumpy faces. The third might be named as, fake it till you feel it. You mightn’t feel like smiling but doing so can change your mood and those around you.

While it is clear that top management sets the example and the rules, middle managers and front line supervisors make it happen on the ground. One of the biggest influences on staff is their immediate boss, so they need to set the right example.

Finally the article makes the point that an organisation needs to be consistent with it’s culture and operations and processes. There needs to be some coherence between what the organisation says it stands for and the way it goes about its work. 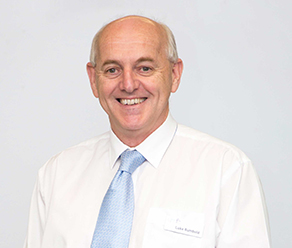 Luke is currently the CEO of UMFC and has been with UMFC since 17 September 1984.